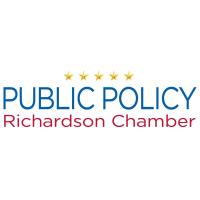 Join us at lunchtime on June 28th to meet Richardson's county commissioners and learn what they do, what their priorities are, and what that means for Richardson.

Commissioner J.J. Koch has been an active member of the Dallas County community for over 19 years. He came to Dallas in 2002 after graduating from Duke University to attend SMU Dedman School of Law. It was there he met his wife, Amanda, who is also an attorney.
Throughout law school, J.J. clerked for the law firm retained by the Dallas Police Association. After law school, he began his legal career in the Dallas County District Attorney’s office, where he served as a Prosecutor.
Upon entering private practice, J.J. represented Dallas Police officers as an attorney for the Dallas Fraternal Order of Police. He briefly helmed a tech start up that was incubated locally in the Tech Wildcatters program. He has subsequently worked with Thompson Reuters, a company specializing in cutting-edge technologies for corporate as well as government entities. Prior to his election as Dallas County Commissioner in 2018, he worked as an attorney with William M. Woodall, P.C., where he was considered an expert in the field of legal technology.

Commissioner Williams was first elected to the Commissioners Court in 2010. She was re-elected in 2014 and 2018 and has no opponent in the 2022 election. Cheryl is the Court’s representative to the Coalition for Behavioral Healthcare in Collin County and the North East Texas Rural Rail Authority. She is the alternate representative for the Regional Transportation Council. Prior to serving on Commissioner’s Court Ms. Williams served three terms on the Plano City Council.  Ms. Williams also serves on the Texas Health Resources Community Impact Council, the Texas Health Resources Chairman’s Council, and the Catholic Foundation Advisory Board.

Google Yahoo iCal (Outlook, Apple, or other)
Scroll To Top