Legislative Days provide Richardson residents and businesspeople with the opportunity to visit the national and state capitol and better understand the legislative process. Participants network with community leaders, hear from local representatives and key state officials, attend committee hearings and visit various legislators. Whether you are heavily involved in politics or just have a basic understanding, Legislative Day is a great opportunity to represent our community in Washington and Austin.


State news
The 87th Texas Legislature had a short week.

Before adjourning until Tuesday, Feb. 9, both houses filed their base budgets.

Sen. Jane Nelson filed SB 1. The Senate version appropriates $251.2 billion in All Funds and $119.7 billion in General Revenue and includes the 5% reduction in spending state agencies were directed to make for the current fiscal year A summary of the Senate base budget can be found here. The yet to be filed HB 1 also appropriates $119.7 billion in General Revenue. Speaker Dade Phelan issued a statement regarding the House’s base budget. He noted the base budget does not contemplate use of the Economic Stabilization Fund. The house bill will not be filed until an Appropriations chairman is appointed. A summary of the House base budget can be found here.

Both the House and Senate base budgets are very similar.  They also include about $7 billion more in spending than what the Comptroller says will be available revenue for the next biennium, meaning that as the House and Senate mark up their budgets they’ll have to cut some expenses, use the Economic Stabilization Fund (the rainy day fund), or a combination of both.

House committee assignments are expected to be issued by Speaker Phelan in the next couple of weeks.
The Senate has started holding redistricting hearings. Census numbers are not expected to be released until April 30, almost insuring that the Governor will need to call the legislature back into a special session to resolve redistricting this year.

Governor Abbott will deliver his State of the State address at 7 p.m. Feb. 1, virtually. 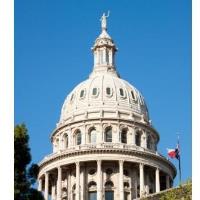