Austin
Spring has arrived and we’re half-way through the 87th session of the Texas Legislature. But legislators are not forgetting the weather-related power outages last month. The House will debate a series of PUC/ERCOT bills next Tuesday. The House State Affairs Committee last week approved a slate of bills: One bill  would order the Public Utility Commission to adopt rules requiring power generators “to prepare generation facilities to provide adequate electric generation service during an extreme weather emergency.” Other bills would overhaul the make-up of the board that directs ERCOT, create the Texas Energy Disaster Reliability Council and create a statewide emergency alert system.

Thursday, that same committee, heard HB 749, which would limit taxpayer funded lobbying. The Richardson Chamber opposes the bill because it would severely curtail local governmental bodies, such as our city, school districts and counties, from having a voice in legislation impacting those same bodies.
The state, school districts and local governments in Texas will see a lot of money from Pres. Biden’s $1,9 trillion ARP act, we just don’t know when or how specifically it will be used. The Senate Finance Committee met Thursday for more discussions on it, but earlier this week, Committee Chair Jane Nelson and Sarah Hicks, the director for policy and budget at the Office of the Governor, reiterated that the potential $17 billion has restrictions: aid money cannot be spent to lower tax rates, and it cannot go to shore up pension funds. Aid money can only go to pay for "COVID-related" expenses.

HB 3781 has received surprising bipartisan support. The bill focuses on expanding Medicaid under the Affordable Care Act and would draw billions in new federal Medicaid dollars, but with key compromises including work and health incentives for recipients, better physician reimbursement rates, and a commitment to end the coverage if it loses the state money or the federal government stops funding nearly all of it
.
The COVID liability bill in the Senate – Senate Bill 6 – had its first hearing in Senate Business & Commerce. Proponents say SB 6 not only protects frontline workers in a time of need, but is also the right policy needed to bring workers and customers back to their stores.

Next week, the House Ways and Means Committee will hear HB 1556, which focuses on Chapter 313 of the Tax Code. Chapter 313 is set to expire unless it is reauthorized by the Legislature. Chapter 313 allows school districts to attract new major industrial development projects by offering a temporary and limited tax discount against a portion of their school property tax bill. These limited discounts have successfully attracted new projects to Texas like the Texas Instruments fab in Richardson without raising taxes on existing property.

Washington
Senators will close out their March legislative session with a vote on final passage of a bill that would extend the Paycheck Protection Program (PPP) application deadline. The House-passed legislation would set a new application deadline of May 31, allowing the Small Business Administration (SBA) to continue processing applications for up to 30 days past the new date.

The Biden administration is preparing a massive spending proposal on infrastructure and other domestic priorities like child care and drug costs that could put fights over hot-button issues like climate change and taxes front and center. The proposal is the White House’s follow-up to the $1.9 trillion ARP. The new package is expected to be split into two separate bills. The first would focus on infrastructure, with spending on manufacturing and climate change measures, broadband and 5G, and the nation’s roads and bridges. The other measure would include funds for pre-K programs, free community college tuition, child tax credits and health care subsidies, according to multiple reports.

It is speculated that White House officials are exploring tax increases on businesses, investors and rich Americans to fund the package. The centerpiece of the tax increases could be a higher corporate tax rate — reversing part of former President Donald Trump’s steep corporate tax cut in 2017 — as well as higher levies on investment income and a higher top marginal tax rate.

Public Policy events
Washington D.C. Fly-in April 27-28
The all-virtual Washington, D.C., Federal Legislative Policy Briefing is scheduled for April. The schedule is still in work, but attendees will speak to legislators and attend briefings on important policies and movements in the legislature. Sponsorships are available. Participation is free for chamber members.

City Council Candidate Forum -- April 14
The Chamber will host a Richardson City Council Candidate Forum on April 14. Kyle Kepner and Joe Corcoran are running for Place 1. Daniel Burdette, Marilyn Frederick and Arefin Shamsul are running for Place 4. The forum will give candidates the opportunity to tell voters about themselves, their experience, and their policy ideas for Richardson.

RISD $750 million bond proposal
Based on the recommendations of a community bond steering committee, RISD trustees place two bond propositions before voters as part of the May 1 election. The total of both propositions is $750 million. RISD plans to keep its debt service tax rate at the current $0.35/per $100 of taxable value even if RISD voters approve Bond 2021. One proposition for $694 million is for capital construction, infrastructure, repairs, safety and security, and equipment. The other proposition is for $56 million for student and staff technology.

Public forums will be conducted in person and virtually in April. More information is available here.

The details and estimated costs for each project are below. Staff will refine the plans before returning in April for further guidance from council. A final bond proposition is expected to be confirmed in June. The election is tentatively scheduled for November. 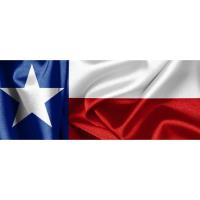