Darrin Lawrence, a veteran and franchisee at FASTSIGNS® of Richardson, was recently named to the National Small Business Association (NSBA) Leadership Council. NSBA is the nation’s oldest small-business advocacy organization and operates on a staunchly nonpartisan basis. Lawrence, a recognized leader in the small-business community, joins the NSBA Leadership Council alongside other small-business advocates from across the country as they work to promote the interests of small business to policymakers in Washington, D.C.

“As a small-business owner, I see daily the importance of being involved and active when it comes to laws and regulation,” stated Darrin Lawrence. “Joining NSBA’s Leadership Council will enable me to take our collective small-business message to the people that need to hear it most: Congress.”

Darrin Lawrence grew up in the Dallas/Fort Worth area in Irving and Garland before joining the Army in 1987. Darrin also worked as a superintendent in the Dallas/Fort Worth area for 35 years for large general contractors and the last 25 years with the same company. In 2009, he retired after 22 years from the Army Reserves, and in 2020, he opened FASTSIGNS of Richardson and founded the Sarge-N-Stripes Podcast, a platform to market for veteran-owned and small business owners.

Darrin Lawrence joined the NSBA Leadership Council as part of his efforts to tackle the many critical issues facing small business, including tax reform, regulatory restraint, health care costs, and how the Affordable Care Act will impact small business. The NSBA Leadership Council is focused on providing valuable networking between small-business advocates from across the country while ensuring small business a seat at the table as Congress and regulators take up key small-business proposals.

“When I was approached by the NSBA about my interest in being on the Leadership Council, I had just learned that once again I was not eligible for the PPP program,” said Lawrence. “I started thinking about how many other small businesses were in the same boat as I was and I wanted to help be part of the solution not part of the problem. I am a veteran, and the Army taught me from an early age to always Lead by Example, follow me, and do as I do!”

In addition, the Health and Human Resources Committee oversees all issues having to do with health care and employee benefits, including the Patient Protection and Affordable Care Act, health benefits taxation, medical malpractice, health savings accounts, and more. This committee also oversees all human resources and labor issues ranging from labor union relations to the Family Medical Leave Act, retirement issues to immigration, and minimum wage to unemployment insurance.

“I am proud to have Darrin Lawrence as part of our Leadership Council,” said NSBA President and CEO Todd McCracken. “He came to us highly recommended and I look forward to our coordinated efforts for years to come.” 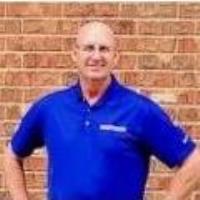