with the Dallas Business Journal

Most recently, the Business Journal spoke with Bill Sproull, president and CEO of the Richardson Economic Development Partnership. During the interview, Sproull discussed what companies already call Richardson home, the history of the city's telecom corridor and how he would sell the area to a perspective company.

Fossil and Lennox International are both headquartered here in Richardson. State Farm has an 8,000 employee hub here that’s 2 million square feet. Raytheon has their intelligence and information services unit here, which is half a million square feet. Blue Cross and Blue Shield (of Texas) also has their headquarters in Richardson and that’s a 1 million-square-foot campus. Those are just some examples of the really large companies we have here.

In terms of perspective companies, what kind of activity have you been hearing about lately?

The Telecom Corridor is a very famous area that was really the birthplace of technology in North Texas. The Telecom Corridor had the largest concentration of telecom companies anywhere in the world at one time. We've always prided ourselves on being a tech community. In fact, before the advent of the Telecom Corridor, we were called Electronic City. This is back when Texas Instruments was beginning to build out its factories and Collins Radio Company was expanding into Richardson.

Ever since the dot com bust, we’ve been diversifying our footprint beyond telecom. Right now, for instance, we’ve got a $3 billion semiconductor factory under construction from Texas Instruments. If there’s a community in this region that can be called a tech community, it would be Richardson. We definitely want to brand ourselves that way.

Right now we’re developing an innovation district that we’re calling the Richardson IQ. It’s 1,200 acres in the old heart of the Telecom Corridor. It's got lots of technology assets. The gateway to the IQ is the Arapaho DART Station. It's a perfect place for tech entrepreneurs to locate their companies. It's mostly existing buildings and a lot of flex space. We are negotiating with DART to be able to develop the vacant land around the Arapaho Station. There's about 20 acres of fairly underutilized parking lots there right now. We're looking to work with a developer to create a big mixed-use development there.

Give me your elevator pitch for Richardson and why a company should consider a move here verses another city in North Texas.

The first thing I’d say is that we've got the best access to tech labor of any community in the region. We are in the epicenter of where tech workers live and work. We've got the University of Texas at Dallas in our backyard which has an engineering and computer science school that turns out thousands of graduates every year that are prime for the labor market.

Second is we’ve got great access. We’ve got U.S. 75, our southern border is Interstate 635 and our northern border is the President George Bush Tollway. We’ve got the DART Red Line with four DART stations, each with development around it. We’re getting the new DART Silver Line that will connect us directly to DFW Airport. We’ve just got excellent access that can bring employees and customers and suppliers in and out.

Third, I’d say that our size matters, we’re nimble. We’re about 120,000 people and we’ve got a very responsive local government. You can get to the leadership very quickly. That allows us to work at the speed of business. 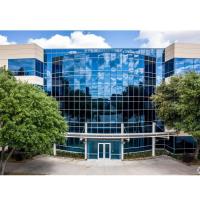