The chamber’s new chairman, Eric Peltier, is a textbook example of how to succeed in business through the chamber.

He started out by participating and then leading in Richardson Young Professionals, migrated to Leadership Richardson (Class 26), then joined the chamber’s advisory board, became involved in more committees, joined the official board and now is chairman.

As a banker, Eric knows all about the benefits of investing.

“The more that I put time into the chamber and have actually a meaningful impact in the various positions I've held, it just makes me want to do more and see the chamber do well and grow,” he said.

Eric has three priorities for his tenure:

Diversity, equity and inclusion (DEI)
“It's more than just an initiative. It's a DNA component of the chamber that I think is going to be permanent,” he said. “This is a something that was on my heart last year, as we were going through a lot of the turmoil, a lot of conversations, uncomfortable conversations, but positive conversations. I thought that as businesses continue to grow, we're going to look at the DEI perspective, are we getting the best people? Are we giving everybody a fair shot? What are we doing to really maximize the talent we have here? And are we soliciting talent in the right ways?”

Because many small businesses may not have the resources for a formal DEI initiative, having a chamber initiative means that it can affect the chamber inwardly, but can help member companies outwardly, he added.

75th anniversary of the chamber
“We have our 75th anniversary for the chamber. I don't know about you, but I think those are rare, and they should be celebrated,” Eric said. “I want to make sure that we in every opportunity, put that out there to everybody that we are a 75-year-old organization. We've seen the good times, we've seen the bad and here we are, and we are thriving. And in despite of 2020, we found ways to be stronger. We're going to have another positive 25 years. Next, you know, we're celebrating 100 years as a chamber. And won't that be a party?!”

5-star accreditation from the U.S. Chamber of Commerce
“We're coming up for another term where we can reapply for re-accreditation. We're one of the few chambers in the nation that has five-star rating. And not only did we achieve the five-star rating, we've been able to maintain a five-star rating … and I expect to do that again this time.

Watch the interview with Eric here. 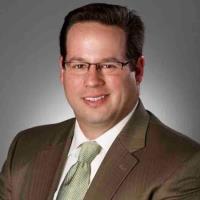