They say the best job is doing something you are passionate about.

Roni Carrasco is fortunate to have such a job: marketing and development assistant manager at the Charles W. Eisemann Center.

“I help promote Eisemann Center Presents performances, while developing and organizing cross-community relationships between local business owners, the Eisemann Center, and other City of Richardson entities,” she said.

The Eisemann Center was completed in 2002. Its mission is to create, foster, and sustain an environment of cultural diversity, educational enrichment, and fulfilling experiences benefiting all who live and work within the Richardson community.

Roni started her career as a middle school choir director in Mesquite. While pursuing her master’s in Arts Leadership and Cultural Management from Colorado State University, she worked as a summer intern for the Eisemann Center. Less than two years later, she was on staff.

It was during that internship that she also discovered the Richardson Chamber.

“I got a glimpse of the camaraderie and professionalism,” she said.

“After my first EarlyNet meeting in September, I was asked to be the following week’s guest speaker, and the week after that I was asked to be the host for October. From early morning networking to late-night RYP events and all of the ribbon-cuttings in between, I have enjoyed growing in my new career field, while becoming an integral part of the Richardson Chamber of Commerce,” she said.

Roni also enjoys singing and performing when she can. And enjoys propagating succulents and other low-maintenance cacti.

“Volunteering for the chamber allows me to get out of the office, and forces me out of my comfort zone!” she said. “In my short time as an ambassador, I have gained skills and connections that will serve me throughout my career.” 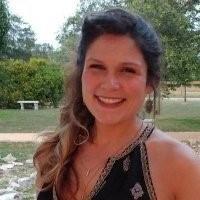