Austin
On behalf of the Richardson Chamber, CEO Bill Sproull submitted written testimony opposing HB 4378, which would create high-priced electric generation capacity markets in Texas. This bill would require the Public Utility Commission to overlay a capacity market on top of the current energy only market construct. If enacted this would result in paying market clearing prices (highest bid price for that day paid to all generators) as well as a new administratively required energy tax payment to generators within ERCOT. The bill remains in the State Affairs Committee.

HB 5, the omnibus broadband bill, has been passed unanimously by the House and now moves to the Texas Senate. SB 5 has already been approved by the Senate and is in the House. One of the bills must be approved by the other chamber’s body, where it will then be considered by a conference committee for final legislative negotiations.

SB 1, the Texas Senate’s budget proposal, was passed unanimously, and is scheduled for a hearing in the House Appropriations Committee on Monday. The two-year, $250.7 billion budget maintains the increases in state funding of schools that was passed last legislative session. The Senate’s budget continues to spend the most on public education and health care. Big questions remain with both the Senate’s and House’s budgets. Neither includes more than $35 billion in federal funding in coronavirus aid: $17 billion from the American Rescue Plan Act for state government aid and nearly $18 billion for public schools from the stimulus legislation recently signed by President Joe Biden, as well as a smaller COVID-19 relief package signed by former President Donald Trump in December.

H-E-B Chairman Charles Butt and former House Speaker Joe Straus are encouraging lawmakers to send the funds directly to school districts. State leaders are waiting for more explanation on the “strings attached” to the money. Two key provisions attached to the new money in question: One essentially requires states to keep their education funding at or above pre-pandemic levels, and the other is to ensure that any state cuts do not disproportionately impact high-need students.

SB 6, which focuses on COVID liability limits was passed.

Sen. John Cornyn, a Republican, and Dallas Rep. Eddie Bernice Johnson, a Democrat, are teaming up on a bipartisan bill that would help Texas weatherize its energy grid to protect it against future extreme weather events, reports the Dallas Morning News. Their legislation would authorize $500 million in seed money to be made available to power providers, suppliers and distributors.

Public Policy events
Washington D.C. Fly-in April 27-28
The all-virtual Washington, D.C., Federal Legislative Policy Briefing is scheduled for April. The schedule is still in work, but attendees will speak to legislators and attend briefings on important policies and movements in the legislature. Sponsorships are available. Participation is free for chamber members.
City Council Candidate Forum -- April 14
The Chamber will host a Richardson City Council Candidate Forum on April 14. Kyle Kepner and Joe Corcoran are running for Place 4. Daniel Burdette, Marilyn Frederick and Arefin Shamsul are running for Place 6. The forum will give candidates the opportunity to tell voters about themselves, their experience, and their policy ideas for Richardson.
RISD $750 million bond proposal
Based on the recommendations of a community bond steering committee, RISD trustees place two bond propositions before voters as part of the May 1 election. The total of both propositions is $750 million. RISD plans to keep its debt service tax rate at the current $0.35/per $100 of taxable value even if RISD voters approve Bond 2021. One proposition for $694 million is for capital construction, infrastructure, repairs, safety and security, and equipment. The other proposition is for $56 million for student and staff technology.  The Chamber Board has endorsed voter approval of these bond proposals.
Public forums will be conducted in person and virtually in April. More information is available here.
City bond election
Eight projects intended to enhance areas of Richardson targeted for redevelopment could be included in the city's upcoming municipal bond package.  Details and estimated costs for each project are being finalized. Staff will refine the plans before returning in April for further guidance from council. A final bond proposition is expected to be called by the City Council in August. The election is tentatively scheduled for November. 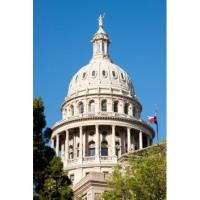